Showing posts from November, 2016
Show all

Skully and Killz ---- Named Two Out Of 20 Hot Artist To Lookout For in The State Of S.C. 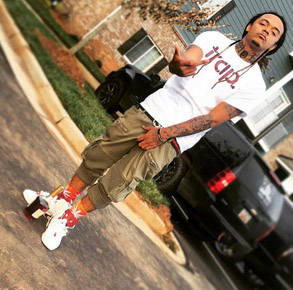 Skully of J.M.E. (Jugg Money Entertainment) A.N.D./Los Anderson trap rappers Killz and Skully noted as two of S.C.’s top recording artist to lookout for on a list of twenty artists in the whole state according to the blog site Karatewars.com . This is a major achievement that was quietly released back in September that should have been celebrated here in the city more prominently in the entertainment community.   But then again that’s why I saw fit, to create this site to help highlight and augment such notable moments on the local music scene here in Anderson that seem to fly a lot of times under the radar.   Anyone who’s knows me will tell you I’m a tru-skool era 90’s Dj  ( meaning the turntable vinyl era before Serato ) but just with a healthy appreciation for certain millennial local artist, because I came from the same grind cloth, but as I'm sure you know, just a different style of music. I don’t condone all the messages in modern day trap/bando rap but
10 comments
Read more
More posts