This is where we will be proudly show casing some of the areas top talent from the city mix to the sticks in the surrounding area. It doesn't matter whether you're from Iva, Williamston, Belton aka (B-Town) on up to Pendelton, (P-Town Ballers) Clemson aka Tiger Town, Central, Seneca area. There's only one requirement I ask of you & that is bring fresh authentic creative material to the table. We got enough of wanna be Jezzy's, Shawty-Lo's, & Gucci Mane's out here right, point & case let's hear what's going on in your area so our peeps can relate. Rock your style & stick to it. All producers & artist feel free to post links to your tracks, Remixes, websites, video's, soundclick, sound cloud, Facebook page's etc etc. Its going down in the A.N.D. fo sho!!!!!!

I must admit this collaboration of talent caught my eyes and my ears attention after winning a music video for a "Thursday Night Showoff" thrown by ROCK SOLID / GO HARD ENT. at Club 1421 in Tha A.N.D a couple years back yall. As the name would indicate “Gutta Brothaz” reppin the Westside of the “A” brought that grimy underground crunk gutter sound,  nothing less than that heavy hard hitting style they call “Weight Muzic” to the streets. As usual prafessa brought that prafessa-ional touch to the video while the Gutta Brothaz provided all the vivid imagery of the underworld ghetto hood life of the city.

I first became introduced to the blazing flow of “Rah Eastwood” on “Da Luga’s” album called “Hello World” being featured on the joint “Cummin 4ya Head” a banger fo sho!!! As a spokesman of the “A” and supporter of raw talent in the music community, I find the hot joints no matter what part of town, and the Gutta Brothaz dropped a “heat seeking missile” like a tomahawk with this one. Peep the Video right here if there are any doubters in the room, these kats are for real and I know the real when I see it folks…… 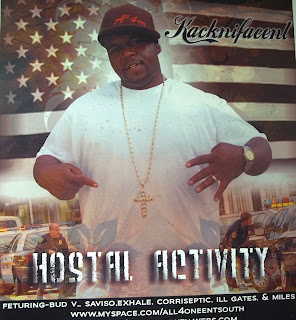 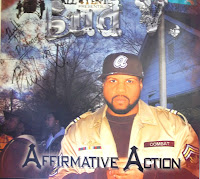 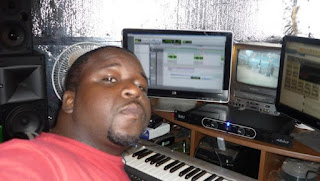 Once being introduced to this young talented brother many years back, I recall it being on a track with DJ Phat called “Taking Des Chances.” If you haven’t heard of DJ Phat folks he only just happens to be one of the dopest Boom Bap Hip Hop producers from the “A" who’s in a class all by himself. But I digress at this point to inform all my readers how I first came across the man Keith Maddox known as “Kacknifacent” as you can clearly see in the background shot of one of his infamous posters. The A.N.D. is oozing with talent and as a statesman of the city in this music game yall since the 90’s, it’s my pleasure to help showcase the wide array of bubbling talent we got popping. Kacknifacent Keith started as an affiliate with “All for One Ent” based on the west coast  out in Cali. He’s a dark brown stocky build brother standing around 5’6 tipping the scales at 240lbs  who writes, produces, remixes, records at his own home studio while at the helm of “Kack Made Ent” steering his company as CEO. If that isn’t impressive for a brother at the age of 30, with ten years already in the game then you tell me what the hell is!! Born and raised not in Compton but straight off the streets of Nardin Ave in the low income area of the city’s South Side making him quite familiar with hood drama and hood politics. To his credit he’s offered up thus far the “Kacknifacent CD” & "The Mili Mixed Tape" helped to produced artist such as Bud V, Inches just to drop a couple of names for the naysayers. Peep his grind on the music site reverbnation,you tube, and of course Facebook. If you wanna hit’em him up for some tracks you can contact him at Kackmade@gmail..  Self Made to Kack Made even Stevie Wonder could probably see Keith's vision and grind ain’t no damn joke. 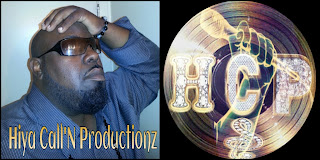 The brother Drell is a high caliber talented "musician" meaning for all you new skool producers he actually plays an instrument. I first met him in the studio at Onpoint productions on the southside, he’s a very accomplished funky bass player who knows talent and music inside out. Of course that’s how we met talent recognizes talent. Ya heard!! Here’s a little info on what this brother is about in the A.N.D.  Hiya Call'N Productionz is a Recording Studio & Production company that was started by Man"Drell" Aiken in 2003. He has been involved as a producer on large and small levels  but his passion to do it makes it ALL worth it. He is surrounded by a staff that helps push the weight of production of every genre to the best of its potential. HCP offers Music Productions, Song writing, and composing like never before. If you need some help in making the best of your gift and talents then do it HCP Style....."Answer the Call" Contact him via email or FaceBook folks to get at him. drellhcp@gmail.com

There are those of us here in the A.N.D . who have grew up musically in the golden era of the hip-hip, remembering the glory days of the skilled emcee accompanied with boom bap drum tracks with a unique chopped soul sample or two here and there. On the latest album release of ILL Gates entitled “ Microsoft Paper ’’, with this fourteen track expose’ ILL offers a nice reminiscent yet balanced mixture of the retro sound of true skool hip-hop minced with a pinch of today’s contemporary radio sound of rap. ILL Gates Microsoft Paper Album Cover.. Chadric Wardlaw aka ILL Gates is by no means a new jack on the A.N.D. hip-hop scene, he’s been spitting dope lyrics from as early as the year 2K, continuously representing the city’s Westside for years along with fellow West coast veteran emcees like Nimrod , Doc Webb , and Gheechi Black . ILL has in my opinion during his lengthy rap career been somewhat overshadowed, not due to skill but by his firm conviction not to sell-out his t
Read more