Delta Sigma Theta and Que's Coming to the "A" this Week....

The "Delta's" and the "Que Dogs" are coming to the A.N.D. this week yall for their annual back to school college jump off. Where at you say? At none other than the Hottest Spot in the City blowing up on Clemson boulevard that's right "Break Time". Chris Blanding the owner & his staff welcomes all the alumni from tiger town, they are looking forward to meeting and greeting each and everyone (all those Tiger Fans) for selecting "Break Time" to host this major coveted event sponsored by these popular Frats & Sororities...It will jumping off on Friday Nite Aug,24 2012 to all who plan to attend get there early this will be a standing room only event folks.......BTW "College Nights" will be starting this fall uptown, for details click on the events page...Peace & Love to all my Delta "Sweet Hearts" I used to date one so I speak from personal experience people..I'm Out, da A.N.D. Representa!!! 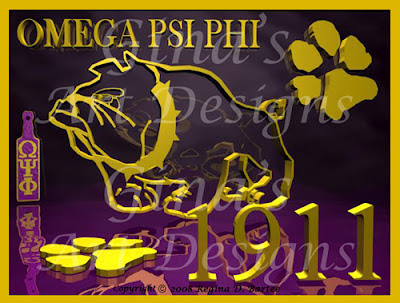 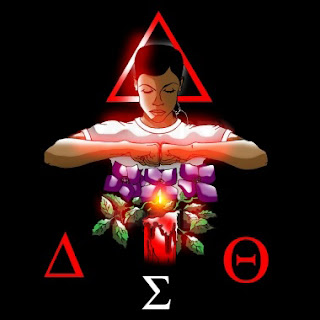 UPDATE: Well they came they saw (delta's and Ques) as was to be expected and a certain excitement was in the air early on. By the car loads college undergrads descended upon the A.N.D.'s upper uptown section of the city to kick off the new college year at Break Time. Of course security was "trunk tight" as people came out in droves all shapes and all sizes from all over the upstate from different chapters. The ladies were dressed to impressed fellas as you would anticipate from a lavish and diverse showing representing a major university like Clemson. But with the good comes the bad as the saying goes as the night proceeded on things got a little unsettling like when you're flying at 30'000 feet in a plane and experience some turbulence hitting a air pocket. (that funny feeling you get in the pit of your stomach) Yeah that's right you get kinda Que-ezy!!!

To put a damper on this highly touted event a small altercation ensued (use your imagination folks) and the festivities were quelled and all patrons were evacuated for their protection and for the continuity of the staff who are employed at the establishment. But on a lighter note I did shoot some pics while donning my  journalistic hat covering this prestigious event.

Disclaimer: Not all the activities at these type of events are condoned by me but as a Dj/Independent journalist I feel its my duty for you the reader to reserved any judgement strictly based  on having your own opinion in which you as in anyone else is entitled  too..With that duly noted check out the pictures and or leave a comment.. PS more pics in the Gallery, a special shout out to all those sexy delta's that showed a brother that delta love and Dj Rain for letting me "Mic Check" the crowd here & there..Peace Anpu aka Dj Tuc 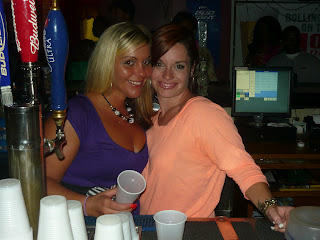 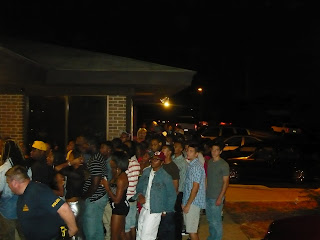 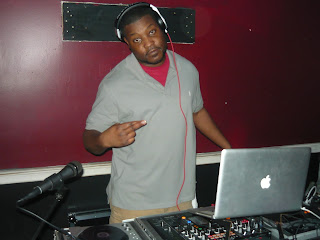 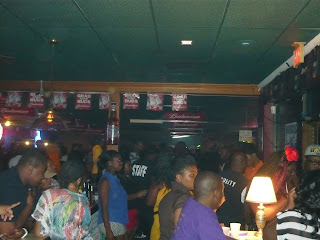 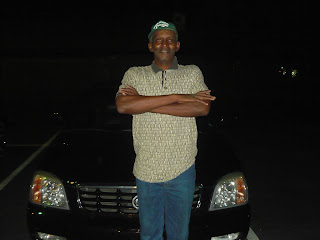 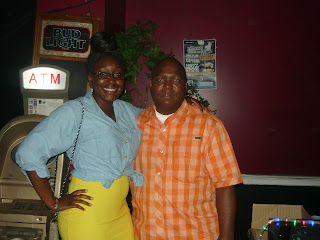 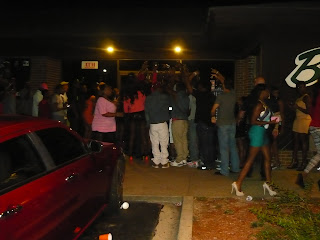 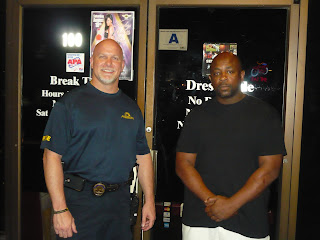 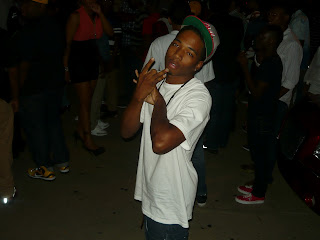 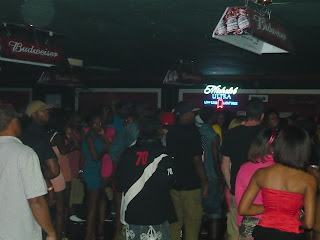 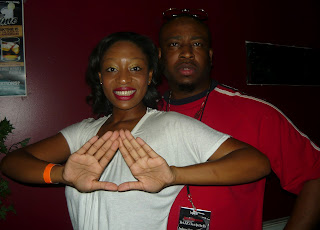 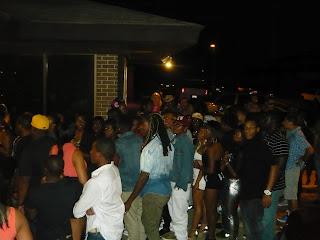 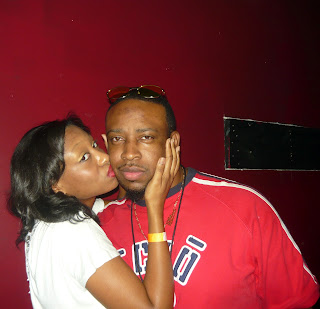 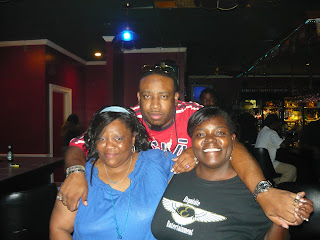 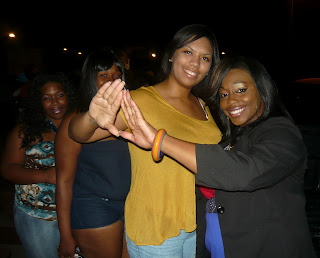 The A.N.D. reppin at a Show in Walmart..(UNPRECEDENTED) get the details!!!!!!

What up yall its ya man anpu aka Dj Tuc letting you know that anytime you get three of the A.N.D's triple threat Dj's in Walmart  in the Clemson/Central area together at one time,you are guaranteed a quality showing. "Yes you read right at walmart!!!" As advertised on August 19, 2012 we delivered reppin the "A" like we are supposed to when away from home. We entertained over 3,000 or more back to school college kats from Tri-County Tech, Southern Wesleyan, and Clemson University, to my knowledge I think this is unprecedented in the upstate folks if Im wrong I know someone reading this post will comment to let me know.

But you can trust,Dj T-Roc,Dj Fresh and myself put it on for the crowd and here are a few pics to check out, by the way we gave away over $2'000-$3,000 dollars away in prizes, and had the craziest dance contest apollo style. Ya heard me? Shout out to brother Horace Alexander aka Pastor Jay from "Mywlas.com" the new Soul of the City, for assisting me in the raffle appreciate the help I needed it fo sho..(LOL) Well with no further a due here's some of the action, if you would like to see all of the shots taken just click on the new page I added "Walmart Show Pics Continued" leave comments if you want to share your thoughts. Remember Peace begins with you, get at ya later  folks......... 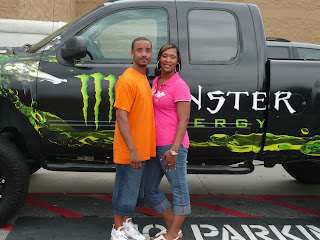 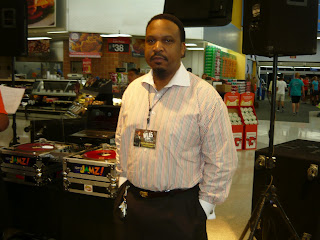 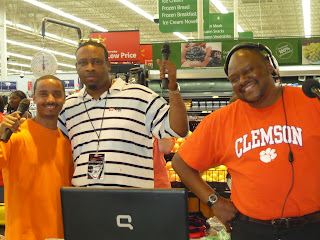 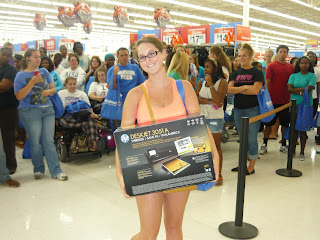 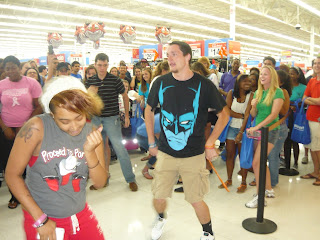 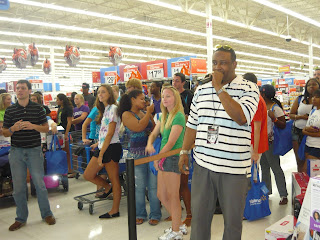 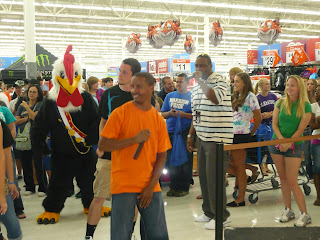 BreakTime Sports Bar & Grill ("BLOWING UP IN THE A.N.D.")

In case you haven't heard by now, maybe you're new to the area but "Break Time Sport's Bar & Grill'' is under new management and has been for some time now. A brother by the name of Chris Blanding aka (BiG Chris) has taken reign adding a bold & fresh new approach to the night life of the "A" in da upper uptown area of Anderson right off Clemson Boulevard, & the Miracle Mile section of the city. He's just recently stepped up the city's after hour experience for all his loyal patrons by remodeling the place especially the pool table area of his establishment. 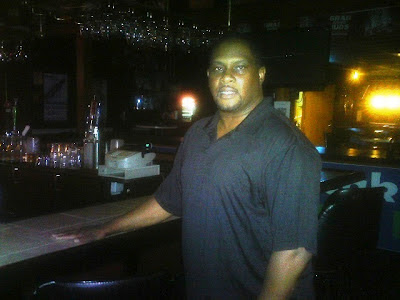 I've seen it first hand and must admit I was totally impressed with the tireless effort that has been put forth into the upgrade for all his customers new and old. You will be too if you haven't visited  Break Time lately, drop in now's a great time, its safe to state here I know for sure you will appreciate the new classy atmosphere, in a mature surreal environment he has created. Speaking with him by phone & in person on occasion he assured me that the safety of his customers is a top priority and one he takes very seriously, to the point he has camera surveillance installed & also on duty security  inside & outside with Anderson Finest backing him up just in case there's a problem. My man "Spark" heads up the security team and as he would tell me "I been doing this to long Dee and we ain't having it". So come & have a good time just leave "the BEEF" at the butcher shop.

Break Time has something on deck everyday of the week starting with the former Mr. 7'O Clock from 1073 jamz notoriety known as "J.J. Solomon" on Monday. Tuesday is known as $2 dollar Tues, the hilarious Karaoke Wednesday is picking up steam I heard on the low. Thirsty Thurdays College Nite they go with a live jock & in this case Dj Smash is on the wheels of steel being backed up & co hosted by none other than yours truly on the mic. Friday night is the famed & popular "Ladies Night" featuring the citys own 107.3 jamz jock "Dj Fresh" smacking the wax like an axe. Check it out I'm known to slide through at times & get it popping with Fresh yall!! Dj Master D holds down Saturday with the (Shot in the Dark) specials. Sunday Dj Fresh is back to conclude the week with the "Old Skool New Skool" throw down.

Hey fellow's don't worry about the ladies, Thur-Sat they "get it in", coming from Ga, Central,Seneca, Clemson, P-Town & all surrounding area's. Ken aka "Big K'' known as a top notch party promoter around the city is wielding "Exquisite Entertainment" and providing the best wings from the in house kitchen, giving "Wild Wings" a run for there money..(Just my opinion folks) Try'em out for yourself just holla at "Miss Lisa" his partner in culinary crime and she will takecare of you. Just don't forget to tip her nor the bartenders for their outstanding service "Nikki" always takes care of my sprite soda when in the house. Go Nikki!! (LOL) 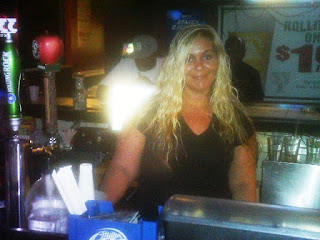 Dj's can we support local artist a little more?

As a former artist and producer and current remixoligist knowing the other-side of the game I felt compelled to address this issue & throw it on the table so to speak. Always having local artist in most cases pass me a CD (I used to do the same) to check out, in most cases I do when the time permits.

But let's be real just for a moment "everybody thinks there records are hot" right? As a working dj for years & a producer in the A.N.D music scene meeting with, plus talking to artist this I know for a fact very well!!! I know personally how hard the local artist has to grind to put forth new material, the hours in the studio, the editing, the writing, the punch in's, getting on the same page with everyone's time schedule. Trust me I overstand it, because again I used to do it first hand. (Yeah I said overstand not understand will explain that word in another post tho) LOL..

I am and have been an avid supporter of local A.N.D. music for years just to set the record straight, putting out CD's titled in Volumes called (The A.N.D.'s Greatest Misses) working on a new one currently as a matter of fact now. Good quality music that I listened to personally that had the potential to "Hit" but lacked support from the local Dj community,hence that's why it missed. I agree jocks that some stuff people pass you is just garbage & is almost impossible to work into your sets due to the poor sound quality of some material or all the unnecessary cussing verse after verse. But for those local artist that have immense talent, quality content & a hot dance track to boot, I feel we don't show them enuff support to say the least. I know the argument " People don't know the artist & are not familiar with the song" my answer to that is they would be, just only if we would give them some spins to build a buzz around the city.

Remember we dj's were originally the ones who "broke" hot records in the streets & clubs, a term we used back in the day meaning to bring attention to a dope record or artist that people had not heard of at the time. In my opinion the Radio got a lot of peoples heads messed up because every song heard on the radio is assumed to be what the people wanna hear. If you asked folks on the street you will find out quick that's simply not the truth. My point is let's start showing more love to the local artist who really does bring the flavor, after all they work hard, and they deserve a shot I think.  Jocks and local artist and anyone in between with an opinion leave some feed back that's what I created this forum for ya dig. Peace da A.N.D. Representa Tuc.........