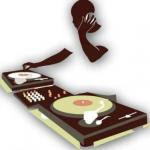 This is where you can weigh in on the movers, shakers & shout out who you think in your opinion should be worthy of the title & recognition as a "Dj" inside the city and why in your opinion !! Can't wait to hear your response," remember don't hate just participate".. 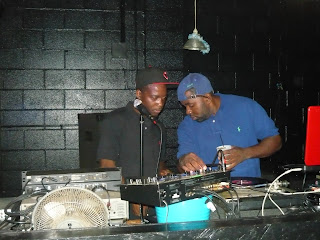 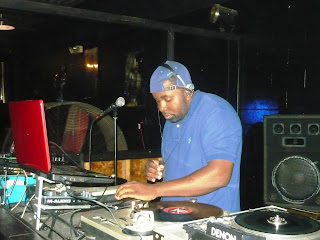 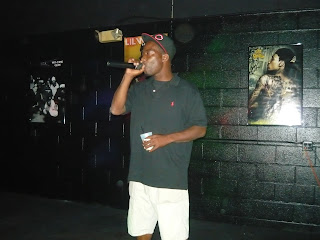 I am proud to introduce to all my readers outside of the A.N.D. City limits and the surrounding counties the duo of whom remind me of, two dope boyz on the wheels of steel,instead of Cadillac’s as that classic old skool record from Outkast brings to mind. I think the album was "ATLiENs" yall forgive if I’m wrong but anyway these two jocks have my up-most respect when it comes to how to survive in this games ups and downs of the dj grind, like with anything that is achieved or accomplished in life it takes dedication, perseverance, and heart to step on the field of battle with confidence, knowing you have what it takes to get the job done. 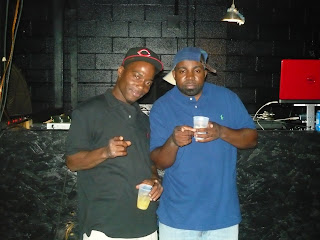 A picture of DJ Flea and DJ Jam One should be in the DJ dictionary for exemplifying all those attributes in the “A” just peep any spot you see them spinning. DJ Flea is very outgoing, energetic at shows and not afraid to put it on the line when it comes to moving the crowd by hook or crook. He kind of reminds me of myself in my younger days (just shorter ha ha) he can handle spinning the wheels or grab the cordless to jump into the crowd to stir the party into frenzy. Having that ability is very rare and not easy to do as most jocks think they can, but it’s easier said than done they find out. There is a difference between hype men and emcees, hype men don’t have the fundamental skills necessary for motivating a lack luster lethargic audience. But I’ve seen DJ Flea do damage both with the mic on stage or with his style of play behind the wheels. He’s really stepped it up, being a true student of the game learning from those who came before him and that in my opinion really makes him the last of a dying breed.

Meaning putting a side ones ego to learn the tricks of the trade something a lot of the new egoistical over inflated big chested jocks struggle to do. I learnt from Frankie Jay, Two Tons, Dr.C when they were at the top of their game, I watched, took notes, borrowed a bit from each of their styles until I came up with my own. So as a A.N.D. jock how could I ever disrespect those great jocks that came before me, most of the respected jocks around the city right now will tell you the same. This is what makes DJ Flea so special in this day because he realized it at such an early age yall.

Now on to Dj Jam One (pictured in the Blue Shirt) a lot of people don’t know that he’s actually the younger brother of DJ Fresh, need I say more!! Playing behind a professional jock like Fresh you have no choice but to know the basics and most importantly "know how to read your crowd..’’I can hear Fresh echoing that same sentiment even still to this day folks and he’s been playing for a lot of years now. Jam One is more laid back more subtle he resembles the likeness of a subdued silent assassin as he works methodically with the patience and accuracy of a surgeon. He’s not big on hype he gets in there like Mike Tyson back in the day when he was called “Iron Mike” for a reason. When the bell sounded he went straight to work on his opponent  and DJ Jamz is similar in work ethic when he plays, taking no shorts when it’s time to take care of business. He’s doesn’t talk much on the mic but with his mixing blending cutting and scratching ability he really let’s his talent speak for him. He holds down the Technic 1200 turntables a real testament in it self that he has been around the basic formatting of the DJ craft just like his brother Dj Fesh who still spins on technics himself.

That indicates a lot right there that Jamz is well acquainted with the roots of the art form of cutting & scratching, however antiquated both may be on the music scene today, in this new millennium age of the so-called Mixed CD era.(so-called because no real mixing is taking place in most cases) Flea and Jamz  really are exciting to see work out individually, but get them both on the set  like "Future says" “at the same damn time” you got the A.N.D.’s two man wrecking crew ready to wreck shop. Every time  I’ve seen jamz working out over the past years he would be fine tuning his mixes and always sharpening his Dj sword. This my friends is the hallmark of a jock that gets better after each and every show, thus I nominated these popular accomplished young guns of the Dj trade the most improved in the A.N.D.

The simple fact is they have nothing to prove at all they paid their dues, I have nothing but respect for what they do as they have always shown me respect and with this small contribution of recognition I now return the favor. That’s how we get down in the “A” to get respect one must earn it, we don’t give it just because you call yourself a bedroom jock. (I'm  laughing at that phrase here as I type) How many times have we heard the mantra in the street“ If you don’t Grind you don’t Shine” I assure you it’s definitely true when you dipping  through the Dj scene over this way and the crowd will let you know if they don't like what you're playing in the A.N.D. partner..

Dj Flea and Dj Jam One keep holding us down while keeping the bar raised high!!! You can catch them spinning at any given Friday night at the New & improved "1.4.2.1" formerly known as Club 1421.......Peace Out anpu aka Dj Tuc