See who's in the DJ Booth right now.. 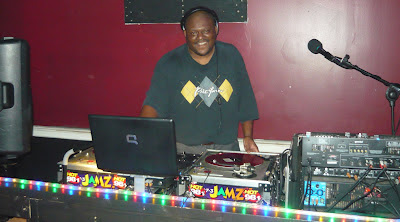 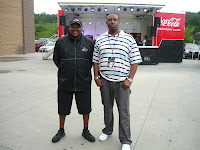 This minimalist  A.N.D. jock keeps his profile low and his blending  style mixes simple but grooves smooth for the old skoolers who know how to get there “two step on” yall.  Dj T Roc really excels in this genre, going way back in the day him and I both, we talking bobbing to the beat on the streets when B-Boys (old skool term for break Dance boys) walked around with the massive “Lasonic Boom Boxes” on the shoulders blasting "Planet Rock" or Run DMC’s classic “Peter Piper” record.  If that ain’t old skool I don’t know what is playa!!! We still share a laugh about it  till this day, but for certain he has paid his dues and knows that funky soul stuff from James Brown to James Ingram joints, the kind your moms and uncle like to jam too at the annual summer family reunions. You know the type reunions that “Uncle Doug “always gets drunk at, don’t front yall we all gotta Uncle Doug in the family folks. (LOL)

Dj T Roc standing at a Kool  5’7 is a slim laid back type Dj who doesn’t require all the hype on the mic, plus over used special effects that one hears nowadays all over live dj club sets, and so-called mixed cd’s that we all have commonly become accustomed to hearing as the norm. No! No! No! He’s like the “Spud Webb” of the jocks in the city he can play with the best of them, using proven sound fundamentals and if you dare step in his lane he’s more than willing to show anyone, he can “dunk the T roc on ya” at any given time…. 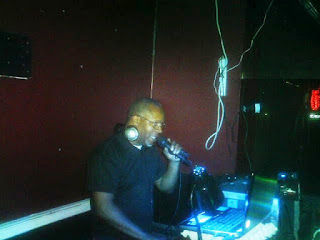 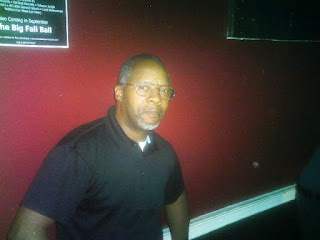 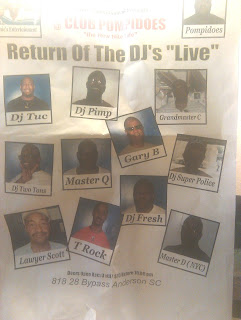 Being familiar with the new age of the digital dj era, it’s enabled me to meet various jocks from near and far from around the city. And in the case of this next upstate jock I’m about to introduce to the A.N.D. he’s one of those rare dj professionals, who observes strict adherence to the old skool basics of the craft, while updating it with a dash of new skool flavor.  I’ve had the privilege of meeting and working with this brother from the NYC known as “Dj Master D” yall. I first met “D’’ back a couple of years ago at a show I was invited to participate in entitled “ The Return of the Dj’s” at the now defunct Club Pompidoes  which at the time was on the Westside of the city.

Since then Master D has claimed his spot of dj real-estate in the “A” by holding down his spot in the booth at “Break Time Sports Bar & Grill” on Saturday Nights. As any and all “True Masters” he continues to hone his skills and push the envelope with creativity. Check him out folks he didn’t just bring his “A Game” to the “A” he brought his “D” game also, and the D stands for “Master D is D-efinitely in Da House”!!!!!!!! 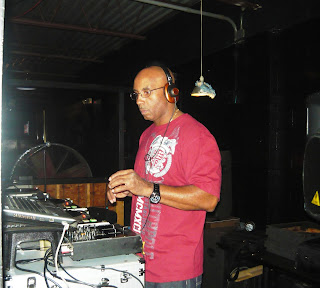 If there was ever a contest for Dj’s in the “A” based on a combination of solid blend mixing skills with an old skool twist, plus throw in a dash of Mack Daddy super fly swag, while simultaneously staying cooler than LL in front of a fan. What other jock do you know of in the city that floats like a butter fly and stings like Terry B? Being the stand up true showman in all aspects of the game Terry has been working the A.N.D. Club circuit for years, as I remember I first encountered him spinning at “Marvon’s Place” back then formerly known as Club 28. He has really galvanized his own fan club following just by playing company functions for selected business holiday parties. Make note I used the term “following” on purpose because some DJ’s still can’t do it, even up to this very day with the advent of new technology like twitter etc.
Terry has amassed his base over the years simply by giving the people what they want, when they want it. Simple concept right?  He specializes and has mastered that old skool feel good sound the “Grown & Sexy” steppers from the A.N.D. to Greenwood crave now days, that a lot of newbie jocks just don’t know about. Case and point recently talking to him about this article while shooting these pics he put on an Old Classic song by Kleer called “Tonight”. Most people are familiar with the interpolation groove of that particular record from DJ Quiks’ hit record in the 90’s by the same title. He casually turned, looked my way and shouted “The Original Tuc”!!!! The point is most new Kats would have been totally lost or shocked in amazement as to the origin of DJ Quik’s hit record. Playing music is one thing but knowing what to play is another, that’s real, that’s a fact that’s Terry B. No longer spinning at Cheer’s Spirits anymore, but never fear he’s inked a deal with Kenny Diamonds at the New 1.4.2.1. folks, where you can experience his grown and sexy Old Skool Saturday’s ladies’ and gents. Check him out,you won’t be disappointed this brother knows is old skool shiggity…Rock On Terry B!!! Peace Out Anpu aka Dj Tuc 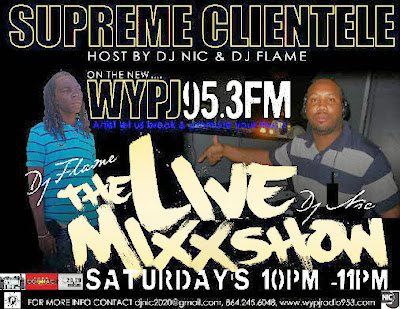 Introducing two quickly rising Dj Heavy Hitters on the A.N.D. entertainment circuit that are "Mixxing" things up a bit, as their show title clearly indicates. Pun intended folks!! Reminiscent of an old Ghost Face Killah album from back around 2000 utilizing the  same linguistic verbiage "Supreme Clientele",(yeah Im so old skool) with that duly noted you should expect nothing less than quality  subject matter & hot trending topics. Holding down the in studio microphones late Saturday Nites are none other but Dj Flame and Dj Nic "going in" all live on the newly upstarted radio station known as WYPJ95.3FM a/ka/ The Soul of the Upstate.
No matter your political persuasion  or tax bracket old skool new skool, baller, bums,busta's even haters. They wanna hear your perspective on the weekends but there is just one small requirement tho. You gotta have "SOUL" after all as was alluded to above 95.3FM is the Soul of the Upstate which makes it by default the "Pulse" of the A.N.D. ya heard!!! You can catch up with DJ Nic & DJ Flame via Facebook click here & to find out more about the radio station give the website a quick visit & tour. Dj Tuc Reporting Live & Signing off..... 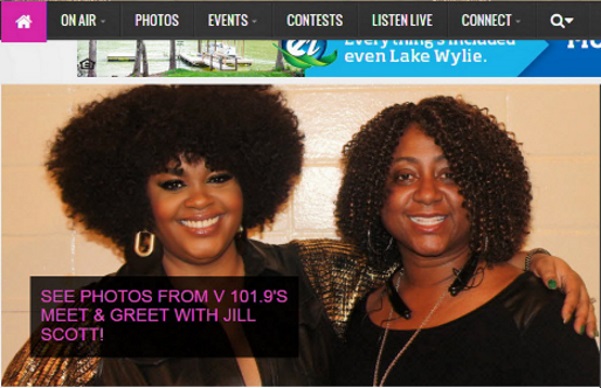 If you cannot see the audio controls, listen/download the audio file here Anderson native Kimberly McDaniel ( pictured on the right ) this past fall was featured along side the super-talented actress and R&B soul songstress Jill Scott . The event was hosted by Charlotte’s Urban Adult Contemporary station   V 101.9 FM based in Gastonia.. Kimmy as I refer to her at times is a proud A.N.D. native and a good friend of whom I’ve known since my early middle school years here growing up in the city of Anderson. I was extremely over joyed for her when she shared the fantastic news with me semi-reluctantly ( not one to toot her own horn ) by phone adding to the intrigue with a dash of suspense as I recollect. She said “ you won’t believe who I’m pictured with on the V 101 website as of today ”?  She didn’t tell me initially of course ( building the suspense LOL ) but suggested I surf over to the V101 site and afterward call her back. Following her instructions I promptly c
Read more