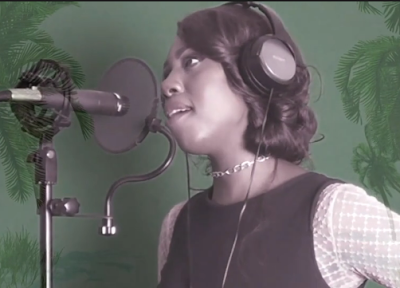 How time fly’s folks and so many things change in a year or as I have coined the phrase “old schoolers get old, but true schoolers just get better with age.” Another, twelve-month calendar year will soon be coming to a close in just under a week, but before it does I’d like to direct your attention to a young, bright and talented young woman from the A.N.D. (city of Anderson) that flew underneath the radar this year. Her name is Kerri Simmons and she is a proud graduate of the University of South Carolina of whom at present currently resides in the metro-Atlanta area. She is the prodigy daughter of Bernard Simmons and Cassandra Ford and I’ve personally observe her gradually come into her own over the years as most millennial's often do during this learning experiment we refer to as life.

It is imperative that we intelligent grown folks seek to encourage our youth who are attempting to pursue their dreams. We never can gauge how the right positive words, at the right time can reinforce aspiring impressionable souls to continue persevering for success.

There are so many pitfalls today’s youth fall victim too such as drugs, felonious activities, alcoholism, reckless financial decisions made early in life just to name a few. Which brings me to the moment when my ears first heard Kerri’s voice on a cover tune of this popular song titled “Slide” by Calvin Harris. A superbly reproduced interpolation project of the original, masterminded by her producer Ricky Tafolla, with added vocalization by Pat X.

Both Mr. Tafolla and Pat X are featured in the video. Being deeply rooted in the A.N.D. entertainment community for decades either in a recording capacity or whether Dj-ing shows. I have watched a lot of talented people from my city that never really received any notoriety. They came, contributed and left many never venerated. This was the main motivation to launch such a site in order to spot-light talented others from the urban Anderson area just like Kerri Simmons. Watch her debut video and let us know what you think folks. Show her some love and support, plus to the many others who aspire to achieve something of value with their life while keeping it positive in such a negative very hate filled world at the moment. Reporting Live da A.N.D. Representa