The Conscious Awaking Of A. Salter--- Based On a True Story Of One Woman From The A.N.D.


On the morning of July 18th, 2016, I woke up to a text from DJ Tuc sharing a new post from freelance writer Lady Yaz. Interestingly enough, I had prayed for God to show me the way on pursuing a career in Hip Hop the night before.

“She’s there, ready and waiting on you to really know who you are, so she can emerge from the depths of your spirit and ROAR like never before!  Once you find your roar, don’t allow anything to take it away from you!” a quote taken and repeated once more in this post I share with you for women of today’s society.
“Okay………” I said to myself, (But really to God). “A bit literal, but to the point. It is a step to being a voice in the hip hop community” I read the post again, and decided, I needed to speak up.

From the time we are little girls, developing into young women, we are adorned in revolving femininity and domesticated roles to fill. We are constantly placed in the environment of matriarchal traditions and expected conducts. It is certainly a culture to be embraced for now and centuries to come.
I, however feel that the roles and traditions have always been somewhat jagged for me growing up and I never ever truly questioned why.

You should learn to sew, cook, hold your tongue (particularly around the company of men), cross your legs, garden, dance, dress ladylike, and most importantly, never color outside of the lines.
In hip hop, there is CLEARLY an outweighed scale of women who are trying to make an impact in a male dominated art-form. It’s an expression of self. WHY? WHY? WHY is this constantly being silenced? Why is it being bashed and frowned upon? Simply put, if it isn’t sexual, then it won’t sell. 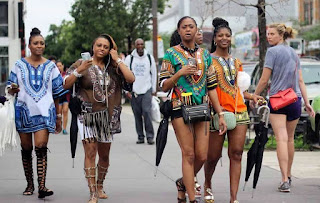 I was pursuing a degree in Biology with a concentration in Pre-Med. I was preparing for the MCAT (Medical College Admissions Test). I was very busy convincing others on what my career goals were and a lot family members GLEAMED at the idea of having a future doctor, let alone a female college grad and doing something “productive” and “significant” in the world. I was up late studying for a midterm in Anatomy. I was overwhelmed and I did not feel present in my body or my mind. I had lost myself and became very distraught. I said to myself…I’d rather be doing “Lyrical Anatomy” I couldn’t fathom letting my family down, particularly my grandmother and my mother.

My sister had already graduated which I was greatly proud of. I just didn’t want to be a disappointment. But the passion was dying on a continuous downward slope. I was convinced that I wasn’t focused or driven enough to go into medicine and that I was in some sort of denial. That being a so called rapper was just a phase and that I was just like the rest of these “wanna be’s” who swore they were the next Tupac on their way to Hollywood or signed by the next Atlanta rap label mogul. But I simply could not leave it alone. In between time, I read poetry. I loved it and wrote my own. I memorized poems such as “The Road Not Taken” by Robert Frost and Edgar Allan Poe’s “The Bells”….by rapping them into a song. I realized that becoming a doctor simply wasn’t my passion. I had to be real with myself. 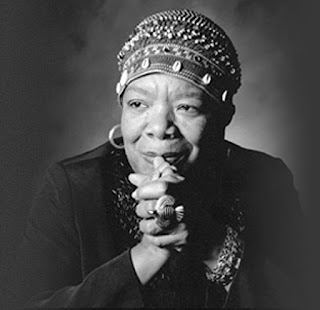 I didn’t mind coming home from a 10 hour night shift sit up, write, and record music WITHOUT compensation. As Maya Angelou stated, “There is no greater agony than bearing an untold story inside you.” I was thrilled by my creativity. The artist in me had such a loud voice that I suppressed for a long time, that wasn’t afraid to go against the grain and I’ve never felt so alive.
I highly encourage women of any age to find a way to embrace their very own passion, ESPECIALLY if it is in hip hop/rap. Women are being taught that the only way to do music business is through promiscuity and immoral acts. Secondly, never allow someone’s definition of a “lady” or a “woman”, define your dreams. BECAUSE WE ARE WOMEN in the world of hip hop, we are automatically marked for failure in the music business. Statistically, women rarely will make it.

Therefore, you have to rise up earlier, go to sleep later, network, understand your competition, and seize EVERY opportunity that comes to you. Remember, what we are thinking, we are becoming…therefore…if you think success, you must be prepared for it as though it is an fire alarm drill happening. Hopefully this article will help cultivate the soil for the talented seeds that we want to plant and harvest to share with others in our future . We all have a story to tell in a unique way and the way that it is delivered to the audience is what makes us exceptional.