Ladies and gentlemen I’m very elated to report the talented quintessential A.N.D. diva Sheba Foxx has made her return back on the boxx,  bringing her vibrant  personality to the air waves of the upstate again on the urban soul station 107.3 Jmz. Since meeting her over 10 years ago I remember this magazine spread she conceived and spear-headed while working at the time with Anderson’s own popular entertainment businessman Prafessa of GO HARD ENTERTAINMENT. 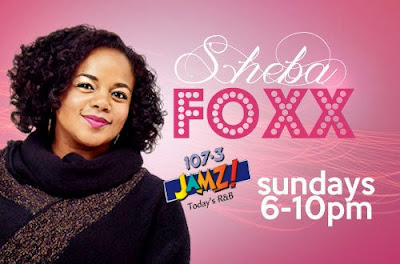 I recognized back then that she was something uniquely special in the making, due to the fact that no other woman at that particular time was thinking on that level around the A.N.D., thus I was immediately impressed.  At least not any sista that I had the pleasure of meeting on the Anderson entertainment and media scene during that time period.  For those that would argue the contrary must I remind those reading this present article, that it was I that shined the spotlight on her achievements in a small blurb the first time around when she initially joined the 107.3 jmz staff as a radio personality? Just click here and read for yourself on this page!


Sheba is as beautiful as she is talented and when you talk with her in person one can tell instantly, her beauty emanates from the inside out and makes her very approachable when in the public eye. In my opinion, that can be the proverbial “Gift and the Curse” no matter male or female, dependent upon the level one may be at in any given career.
Meaning you can be perceived as a threat erroneously at any given moment in this fickle competitive society, that most have been forced to adapt to especially when you are immersed in the cut-throat business of the entertainment industry or any other profession for that matter. Thus ones intentions can be easily misconstrued, when they are only attempting to perform at their apex in order to be the best they can be. Isn’t that what most of us have been taught and or teach our children to date? Sheba overstands these harsh realities quite well, being experience is the best teacher.

Highly important and intangible knowledge to have in such a presumptuous social media driven society, due to the fact there’s a huge probability you are mostly going to be  judged by sanctimonious folk who seemingly permeate the entertainment industry in my opinion, who can air grievances to  hundreds of Facebook friends and Twitter followers in an instant.Truth is truth or as the young folks like to phrase it nowadays "it is what it is"! That's why I so missed the 90's because life was so much simpler. No grown folk beefing and carrying on like high-school kids on social media platforms back then, duly because aforementioned platforms didn't exist as most of my old skool readers already know.  Whether true or not it doesn’t seem to matter in this brave new world, a lot of people seem to thrive off drama and sensationalism.  Like many people who have found success in life, it goes without saying that Ms Foxx  has had her own personal struggles and hurtles to over-come just like anyone else. 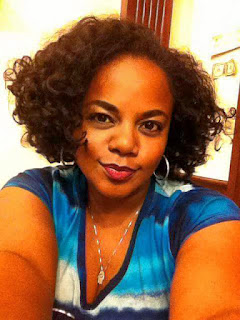 Sheba carries such a remarkable resilient positive attitude every time we have conversed, one would never suspect any of the hardships she endured in her personal and public life on her road to becoming the renowned businesswoman and radio personality she has blossomed into today.

She is an organic hard working proud Anderson native that won’t hesitate to let you know what city she hails from. She owns her own business located in the Anderson Mall by the name of "Foxxy Shoetique" with some of the hottest trendiest styles in stiletto foot apparel in the city. And oh how Mr. Tuckie loves him some sexy pedicured feet in a pair of stylish sultry pumps. Word to Vicky James! ( yes the Lovely Ms 7 O'clock Jmz personality  be looking good in her heels, been wanting to say that ever since we met at the 2014 Black Party LOL) A.N.D. we should support Sheba because she exemplifies home grown talent enveloped in success, dedication, hard-work, perseverance, elegance and a seemingly endless relentless zeal in her pursuit of excellence. We the sincere "congratulators"and not the haters in the A.N.D. salute you Ms. Sheba Foxx for your accomplishments past-present and future.

You’ve shown us all a blueprint of how to handle adversity when it appears the odds are stacked against us, and the importance of humility set by the sterling example you display when in the public or on the air. Thank you so much.