Just getting back into the swing of things as the chief writer publisher of my own website for the brand-new year, so please allow me to explain briefly the layoff everyone. I’ve really experienced an uptick within the second phase of my two-decade long career, within the last several months as Dj Tuc the official Deejay for the RVC (Red Velvet Café) partnering with Kevin Norris and Dj Tuc the businessman also known as da A.N.D. Representa.

Adding to my overall stacked plate,  are other prominent endeavors and personal obligations behind the scenes that I simply don’t talk about. Most folks in my inner circle personally affiliated with me are familiar with my body of work in many different ways, name, reputation, producer, pc repair or brand within the urban entertainment sector of the city of Anderson South Carolina. Many of the younger generation not familiar with me are even finding out about the contributions I’ve participated in stemming from the late 90’s and positive influences I impressed upon vintage veteran A.N.D. artist that they never knew about.

Seemingly expanding rapidly throughout the greater upstate due to social media and Deejaying comedy shows at #somewhere aka Gus and Johnny’s or as they like to say “Somewhere Under The Bear Just a Few Blocks From Where the Man Checks his Watch.” My soul is still intact and not for sale, my spirit for excellence by example remains strong, still humble and my head is not swelled nor is my ego. Hopefully this gives all a small snap shot of why I haven’t been writing as much lately. 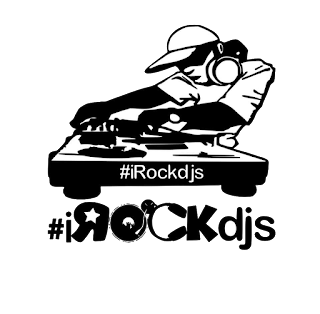 But it’s not about me never has been, I’ve made my name in da Dj game over the years, in fact now it’s about us as a collective at this point, the whole--- not part, in the entertainment and Deejay community within the city of Anderson regardless of our flawed personalities, skewed dispositions, religious or political opinions. This brings me to the four horsemen Dj team of the A.N.D. referred to as the “IROCKdjs” which is composed of senior Dj veteran capo Felixco (Dj Flea) Willis , underboss Christian (Dj Valentino) Little, the two dollar Tuesday turn-up assassin Maurice (Dj Flame) Rice and picking up the slack never coming wack David (Dj SirDave on Da Track) Gambrell. What I admire most is that these brothers have managed to aggregate and simultaneously complement each other’s skill sets while maintaining their own individual identity and style of play.

The Wu-Tang Clan of Dj’s if you will. I’ve met a lot of Dj’s in my travels and the one constant is most of us Dj’s have EGO’s some to a greater degree or lesser. Think about it? How else would we have initially gained the intestinal fortitude and confidence level to step on a stage to play music or grab a mic to entertain a crowd of potential would-be critics and strangers. Humility typically sets in as we get older and wiser over time. Trust Me on that!

The IROCKdj squad are actively engaged on social media with promoting their shows around the city of Anderson and always taking time out to interact with their fan base. This means they are easy to get in contact with for an event. If you are not familiar with their demographics, mode of play, you can catch them live on any given weekend around the city at venues like the New Level Social Club, Breaktime Sports Bar and Grill, The All New 1421 and Belton’s renowned Cheers Spirits just to recall a few. I’ve had the pleasure of meeting through computer servicing work at one time or another at least three out of the four-man Dj crew. Haven’t chatted with SirDave up close and personal as of yet but looking forward to of course. I recall speaking extensively with Dj V a couple of months ago when he strolled into my place of business downtown A.N.D. We had a good chat on the business side of Dj-ing and about which equipment we prefer and why. You know, basic things those of us active in the Dj community often discuss or debate. I find him very sharp witted humorous and equally passionate about what he does and how he likes to incorporate the new video technology sometimes at his shows. 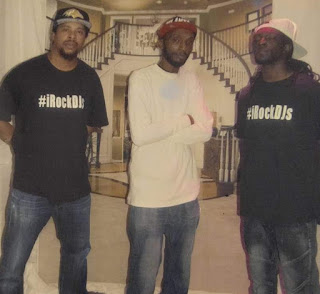 Passion I find refreshing and reminds me of myself early in my career. For the most part I think that intensity culminating  with the senior leadership from Dj Flea is what makes the IROCKdj’s experiment gel the way it does. For any endeavor to flourish among a body of individuals (especially men) there must be fidelity, leadership, respect, and a code of honor amongst its members. I remind folks in the entertainment biz that not everybody is going to like you, but if you are good at what you do (honing your craft) detractors have no choice but to respect you.

I remember mentioning to Dj Flame at Break Time after doing a pre-walk through for the Red Velvet Café last year. I said “Flame you’re welcome on my Dj podcast bro, I don’t expect you to play like me or any other Dj everyone has their own style, I expect you to play the way Dj Flames plays!” I mention that only because I was taught “that a good example is always better than the best sermon.” The IROCKdj’s for the most part hail from my city and it is my duty as a veteran Dj of over two decades in da A.N.D. to reach out to them. As African American business professionals we isolate ourselves to much as it is, based on age, personality, style differences and so many other Willie Lynch mentalities. We have our own entertainment economy right here when we sacrifice our EGO’s and put our prejudices aside. Let this article serve to be an example that it’s not about our differences but what we have in common. All of you brothers have embarked upon the craft of deejaying for one reason or another and at this time, this moment, this is what we all have in common NOW! So, even if we don't work the Dj craft together we can atleast support each other together. I respect all those who respect me it's just the Tru Skool Dj in me.

I remain the one and only A.N.D. Representa none other. Not because I say so but because my actions reflect that title in my community over the years. We need more assets than liability’s nowadays in the electric city. That extends not only for and not limited to just talking about it, but getting out here to show and prove by our actions, that we are about it. Keep doing your thang iRockdj's

CONTACT ALL THE IROCK'dj's:  via all of your favorite social media outlets using the names referred to above..