Breaking: Favors Once Again Favored By The People & The Anderson Independent!!


DISCLAIMER from djtuc999.com: Under the freedom of information act this article was originally published by the Anderson Independentmail & is being republished via this site for further dissemination for the readers in the Anderson Urban community. To which this site is dedicated, it is not intended nor to be assumed that the publisher or webmaster of this site takes credit in anyway for the content. Abe Hardesty is the original author of said content. Original article is found by clicking here. 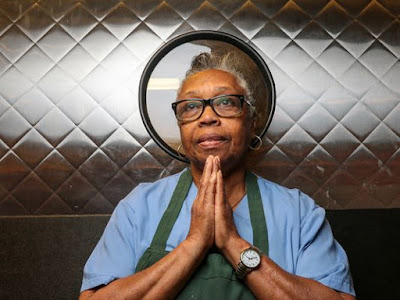 Murrie Glover enjoys explaining the unusual name of her Favor Home Cooking restaurant.
"It's Favor, as in God's favor," Glover said Wednesday, near the end of a work shift at 117 E. Franklin St., where she relocated her family-operated business 15 months ago.
The name addresses the fact that Glover, now 69, was without a substantial retirement income when she turned 62. A management career with a manufacturing company that went bankrupt left Glover in need of more revenue, but she lacked the money to start a company of her own.
That's when she received what she considers a favor from God. She was convinced by the owners of the Anderson Country Club that she could afford a monthly lease that would enable her to prepare Sunday meals at the historic facility.
Customers followed.
"Only God could have made that possible," she said of her second career at that location. 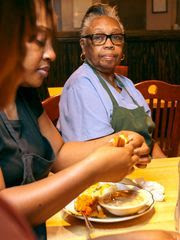 Murrie Glover of Favor Home Cooking pulls out a dish of apple cobbler at the restaurant at 117 E. Franklin St. near South Main Street in downtown Anderson. (Photo: Ken Ruinard/Independent Mail)
After serving Southern cooking for five years, she found herself without a job when the country club closed in October 2015. By then she had discovered that diners enjoy her culinary skills, which prompted her to look at business opportunities in Anderson.
In January 2016, she and a sister, Alesia Lomax, opened Favor, a meat-and-three diner offering home cooking they learned from their mother, 94-year-old Rosa Lee Glover, while growing up on a farm in Abbeville County.
Their mother is now a loyal customer. Of the seven-person staff, all but two have family connections.
"We grew up in the country," Glover said, referring to her farming background near Antreville. "There were 10 of us kids, and mom made sure every one of us learned how to cook. We grew and raised just about everything, and with 12 in the family there was always plenty of food preparation to do."
Her mother trained the children while they were young. 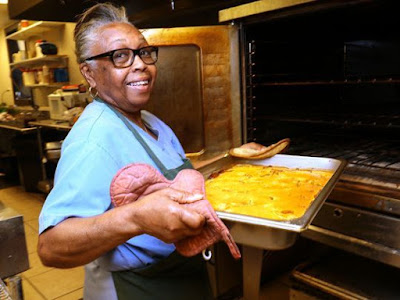 Murrie Glover, right, of Favor Home Cooking, sits with Latoya Lyons, left, in the restaurant at 117 E. Franklin St. near South Main Street in downtown Anderson. (Photo: Ken Ruinard/Independent Mail)
"She taught us all to cook by the time we were 10. She said it was important, in case she got sick," Glover said. "I enjoy cooking. I like making people happy, and cooking can do that."
Casseroles are among the most popular at the diner, which is open 11 a.m. to 5 p.m. Tuesday through Friday and 11 a.m. to 4 p.m. Sunday.
The menu changes daily, but not dramatically. It includes tomato pie, sweet-potato casserole, a peas-and-cabbage casserole and a potato-onion casserole on a rotating basis. The chicken and the cheese-macaroni are daily staples, as are collards.
"I had never heard of sweet pea casserole until I came to work here," said front-counter staff member Eriette Roach. "And now it's probably my favorite. All the casseroles are good."
Glover still considers herself a bit of a newbie in the business, a perception that makes her very open to suggestions from clients.
"I get some constructive support. But most of the feedback is positive," she said. "Most of my customers, I get to know like family." 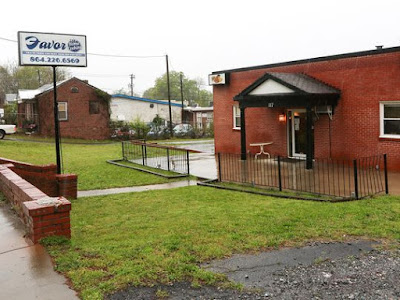 The diner comfortably seats 60, but is rarely crowded because 80 percent of the business is carry-out.
"That surprises me," Glover said of the high carry-out percentage.
It's something she'd rather change. She'd rather see the faces of the clients.
"We don't do sour faces around here," she said. "If someone is not smiling, I want to know what is wrong."
That part of her entrepreneurial skills came from her father, the late Solomon Glover.
"He always told me to be good to people and they'll be good to you. He said, 'If you smile, they will smile.'"
Follow Abe Hardesty on Twitter @abe_hardesty