The Official DVD Release of "Child Support A Reality Movie" is Here..NOW GO OUT & SUPPORT!!!!

Well well, well, what can I say? I guess I will start off reminding the whole city about over a year ago, on the "Clips from the Movie Child Support" page of this very site and I quote” So to all his detractors when it's ready to hit the street's for public consumption it will and those who lament it ain't never coming out!! As the old saying goes "Put Ya Money Where Ya Mouth is",knowing Prafessa & his Grand Mother personally for years I've learned one thing from them both.......DON'T BET AGAINST HER GRAND SON PRAFESSA when you do, you just motivate him..” 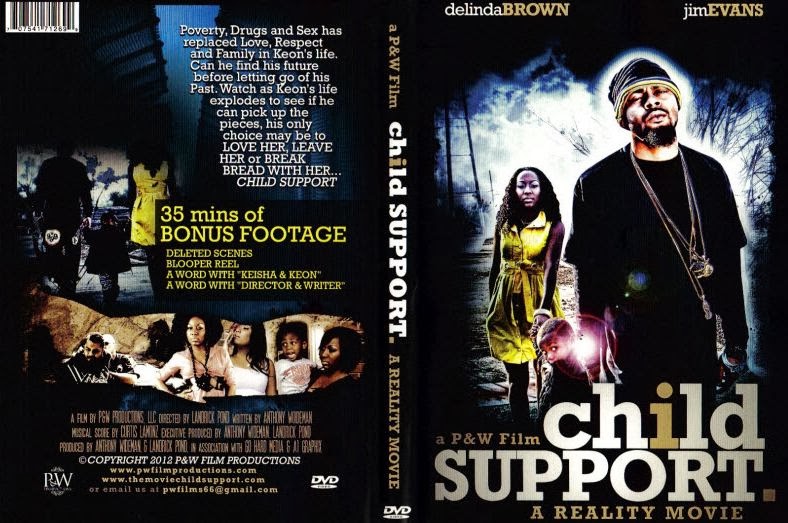 Frankly I never had a doubt he wouldn’t deliver nor his business/script writer co-partner on this project Anthony “Ant” Wideman. I think what most people who cried early on it wasn’t never coming out did not realize the time & resources needed to undertake a monumental project like this with little to no financial backing. One must first take into account getting the actors & actress’s scheduling in sync with the producers to film not to mention getting the most out of each performance in front of the camera. I tip my hat to P&W Film Production & the Go Hard Media crew who continued to press on forward to serve up a quality product with all the bells & whistles, even after an uncompleted copy had been leaked to the public over a year ago.

Anyone familiar with the entertainment industry knows this is just a part of the game and it happens quite frequently. But never fear P&W Films communicated to me, there is a lot of footage not previously included in the bootleg that’s in a lot of peoples possession here around the city. Personally I feel whether you have a bootleg copy or not go out and buy the official release to support these brothers because the actors were superb in this urban reality drama. They made us look hella good meaning the A.N.D., the whole damn city now let’s return the favor by supporting and showing all over the upstate the true players we really are…Peace Dj Tuc