Anderson Cell, Dj Tuc and The Hit AMC series "The Walking Dead" what do they all have in common?

It’s 2014 and 2013 is now in the annals of the history bin, but fear not for with the new year comes about new change. This twelve month calendar year begins for me with the spotlight being gleamed on a special team in the A.N.D.’s plethora of rising entrepreneurs. These guys are making alot of noise on the street with their cellphone and gold exchange grind here on the city’s far North West side of town. Who am I speaking of so lavishly? Of course the electronic power players over at Anderson Cell who have been shaking things up a bit on the digital communications scene by garnering the attention of the competition throughout a ten to twenty mile radius all over Anderson County. They have found a way to reshape and renew how business is done without alienating or rendering people as just mere customers.

They have discarded the old business as usual approach which is so dated nowadays, for an intuitive more innovative formula of recognizing people as “clients” and not android or I-phone robots. Lifted from their website AndersonCell.com they explain it this way “Customers are nameless, faceless beings that line up at a checkout counter, they pay, they leave End of story. Whereas a “Client” receives a full service experience!” That statement says a whole lot right there on the company’s business ethics and probably why in only four years they have become so popular with people from all walks of life city wide. They are located in Lake Side Shopping Center at 302 Pearman Dairy Rd almost adjacent to Big Lots. I have learned due to their rapid growth coupled with nearing the end of their present lease agreement, that in fact they have opted to move this March 1 2014 folks, next door for more spacious accommodations which should benefit all according to co-partner Joey Stubblefield. How’s that for a little inside baseball for all my readers? Being the A.N.D. representa/journalist I am known to be, without further a do let’s put some names to some faces shall we.

Starting from left to right(L-R) in the picture below we have “Carlos (los) Willingham” the pawn shop pro for years all around the city. Next to him with arms folded is Cell phone guru “ Joey “The Original Bada$$” Stubblefield. FYI folks I recently coined this title for him because he's an old ex devil dog (marine). Ha! Ha!. The guy in the checkered flannel shirt is “Mac Meadows” throwing up the WestSide dubs he’s also ex-military and a Greenville tech grad and a movie fanatic I found out. The man next to him needs no introduction he’s one of the A.N.D.’s best kept secrets. Television and film actor slash writer and precious metals connoisseur “Adam Minarovich” how’s that for an Anderson County little known factoid? If you’re a fan of the AMC series “The Walking Dead” you can catch him in the first season of the show as the character “Ed Peletier” on the hit drama. Also check out his cinematic screen writer talents in the 2013 motion picture “Pawn Shop Chronicles” now available on DVD Starring the late Paul Walker & Vincent D’OnoFrio of Law and Order and also Chi Macbride among many other well accredited actors. The Guy holds his own no doubt on screen, he remains very humble and down to earth in my opinion for such major accomplishments. He finished up a taping on location in L.A. recently  but I won;t let the cat out of the bag just yet. Sorry!!! And the 240lbs 6 foot 2 brother  in the black hoodie (RIP Trayvon) is none other than myself on the grind since 89 yours truly Dj Tuc. Reporting that heat straight off the A.N.D. Streets as always.

Just remember you have been warned!!! Siging off until the next article..PEACE!!!!!!! 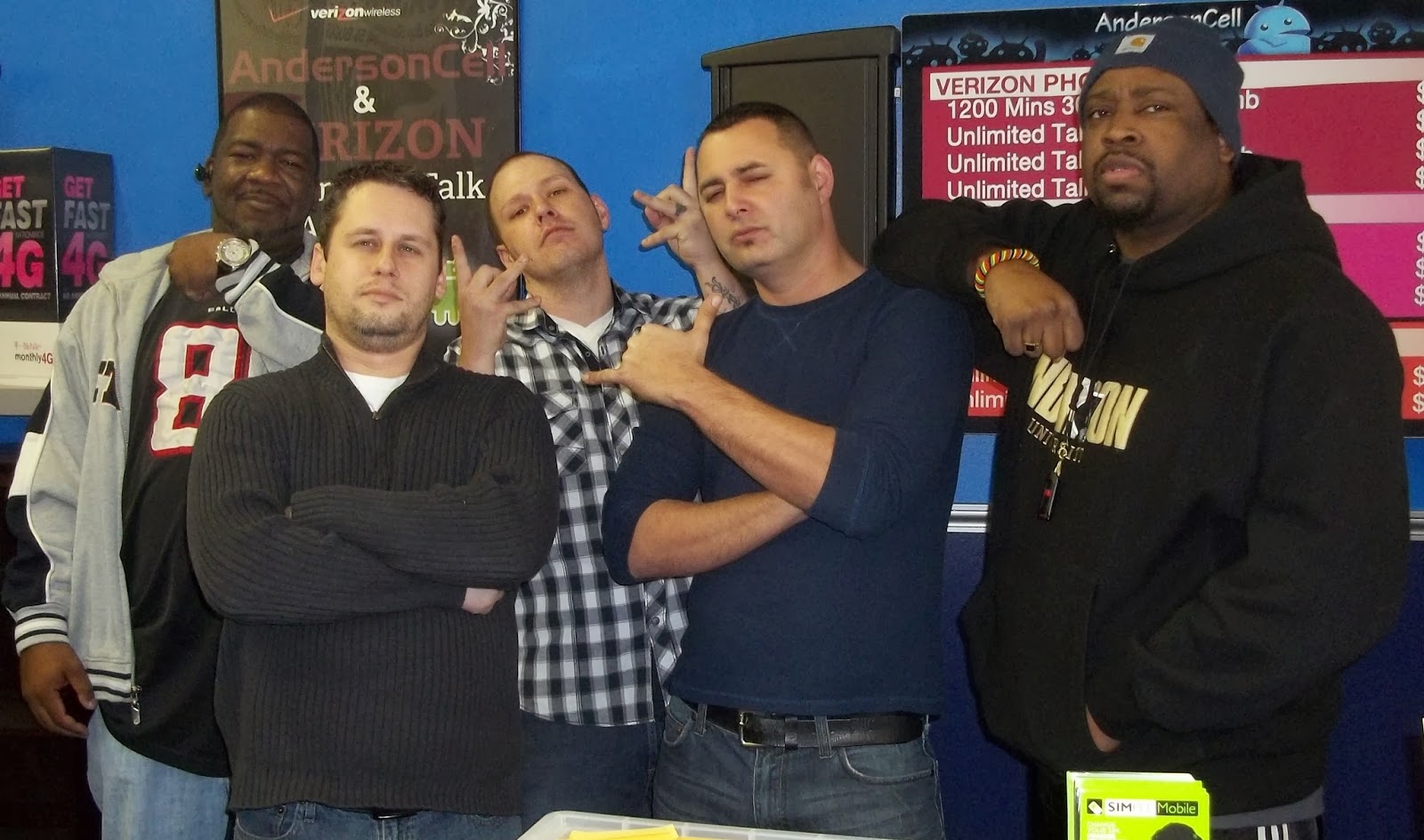